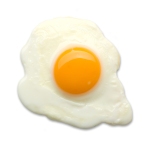 In the lexicon of The Toyota Production System and Lean Thinking, there is a term called “Poka Yoke.” No, it’s not what you are thinking: it has nothing to do with destroying eggs. The Japanese term means to “mistake-proof” a thing or operation. The objective of Poka Yoke is to make it virtually impossible to do something incorrectly. We want to stop wrong things from happening because we are fully capable of injuring or disappointing ourselves unless it is prevented.

The examples of Poka Yoke in our normal everyday life are myriad. We rarely pay attention to these failsafe measures, but once we become attuned to seeing them, examples tend to crop up like weeds in a summer garden. Let’s have some fun and describe the start of a typical morning for a production worker named Ben to see how often the Poka Yoke concept is in play.

1. Ben plugs in his electric shaver and it works correctly because the shape of the prongs on the plug make it impossible for him to electrocute himself.

2. He reaches for a banana for breakfast and it is there because he wrote a note to himself yesterday to pick them up.

3. He gets into his car and puts the key in the ignition. The key is symmetrical, so regardless of which way he inserts it, the key works.

4. He steps on the brake because his car will not start unless the brake is engaged and the transmission is in park. That prevents him from driving through the back of his garage.

5. At work, Ben doesn’t worry about turning off the coffee pot, because it automatically times out to prevent scorching the pot or starting a fire.

6. His cell phone dings to remind him that the morning meeting is in 15 minutes.

7. The packaging line where Ben works automatically weighs each package and rejects any that do not have the right weight.

8. If the line goes down, Ben needs to reset it by hitting two buttons simultaneously to prevent him from losing a finger.

These are just a few of the thousands of examples of Poka Yoke in an average day.

I am reminded of the famous quote by Mr. Spock, the half human, half Vulcan on the Star Trek Series. He said,

“It is curious how often you humans manage to obtain that which you do not want.”

We should all be proactive at using Poka Yoke in our lives. Try to increase your awareness to recognize more of these failsafe measures. It gets to be a kind of game.

Now let’s broaden the discussion to include how Poka Yoke can impact the culture of an organization to prevent low motivation and apathy. What would Poka Yoke look like when leaders use it to prevent worker disengagement.

1. Leaders would reinforce people for expressing their concerns rather than punishing them, as is often the case. That action enables more candid communication of small issues while they are easier to address. The more real environment avoids a loss of trust in the leaders. When people are not heard, they feel diminished and underperform because they are convinced the leaders don’t care.

2. Managers would actually demonstrate the values they espouse, thus preventing employees from viewing them as hypocrites. The benefit is that the entire population will take the values to heart.

3. Supervisors would listen to employee ideas and demonstrate faith in them to know how things could be improved. They would support and champion the ideas of workers, thus creating a feeling of higher engagement of shop floor people in the business and avoiding a sense of futility that is common in many organizations while realizing the benefits of the ideas.

4. Group Leaders would praise people sincerely for their contributions to the business, thus preventing them from feeling that their efforts are totally ignored and that they only hear from supervision when they mess up. The benefit is higher engagement of all workers so they freely give maximum discretionary effort.

5. Senior managers would understand that it is their behaviors that set the tone for everything that happens in the organization. They would hold themselves accountable for creating a culture of high trust where everything at all levels works better. That kind of environment avoids having a credibility gap between leaders and workers and ultimately results in greatly improved productivity.

There were two themes in this article. The first was that we experience Poka Yoke in our daily life but are not often aware of it. The second theme is that managers often fail to see the opportunity to use Poka Yoke to improve the culture of their organizations. We can all benefit from using the concept of Poka Yoke in our lives and in our organizations, so let’s use it more often.

Bob Whipple is CEO of Leadergrow, Inc. an organization dedicated to growing leaders. He can be reached at bwhipple@leadergrow.com 585-392-7763. Website http://www.leadergrow.com BLOG http://www.thetrustambassador.com He is author of the following books: The Trust Factor: Advanced Leadership for Professionals, Understanding E-Body Language: Building Trust Online, Leading with Trust is Like Sailing Downwind, and Trust in Transition: Navigating Organizational Change.

This entry was posted on Saturday, April 30th, 2016 at 7:03 am and is filed under Candor creates trust, Communications, Enabling Actions, HR, leadership, Organization, Trust, Trust and motivation. You can follow any responses to this entry through the RSS 2.0 feed. You can leave a response, or trackback from your own site.

One Response to Understanding Poka Yoke