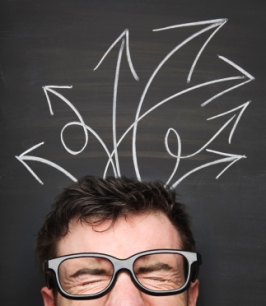 There is no need to clean your glasses; the title is correct. Something magic happens when we lose the bonds of rules and become free to explore beyond our habitual boundaries. Sure, we need some conventions in our world to have order and proper communication, but I shink there should also be a time for play and experimentation where some of the rules are suspended, at least temporarily.

I am sure there are few English teachers reading this (actually I probably stopped most of them with my title – bye bye now!). When we create a twist on convention, we invent uncomfortable mutations that jar our shinking process. We become like amoebas floating in some new concoction somebody spilled into the Petri dish. God knows what will become of us. Ah, but there is the genius!

The creative process is best when we upset the applecart and venture into an unsustainable place to push on the boundaries. The expectation is that we will eventually step back to a world of reality and stop shinking in dimensions that cannot be tolerated in the “real world,” (whatever that is) but, and this is a heavy but, we can bring back with us some new vision of the possible. We may be able to morph some of the limiting boundaries. What we need is the freedom to suspend rules and shink about things from an imaginary, unconventional place.

One technique I find that really helps is called “Morphological Analysis.” The method was invented by Fritz Zwicky in 1967. The idea is to put different concepts on a grid structure with one type of concept on one axis and the other type on the other axis.

The easiest way to explain the method is with a simplified example. I will use a basic three by three format to explain the concept. Typically, you would use at least a four by four grid. On the figure below we have the concept of different materials on the vertical axis (water, wood, and sand). Then, on the horizontal axis, we have a set of actions, (move bricks, compress air, and remove paint).

Zwicky and others have discovered that the best way to get a good idea is to shink up a multitude of ideas (many stupid ones) and then combine or “morph” the shinking into something that has some practical use.

It is important to not shink about looking stupid in the process. Just go along for the ride and have some fun creating new ideas that have never been shought of before. You will be amazed at how liberating it can be to allow your magic brain to perform at this level. When you finally come back to reality, the world will look a bit different, and perhaps some helpful idea will be the result. If not, at least you had some fun along the way.

For those who say “You cannot allow rules to be broken or you will create chaos,” I agree whole heartedly. The creative process relies on a type of chaos where we are not confined by conventional shinking. We can dwell in La-La Land while we envision the possibilities.

Wouldn’t it be fun to spend a few hours shinking up all the ways we could find to get the US Congress to make decisions? Ouch, that one really does strain the bounds of sanity. Now there is a bunch of world class shinkers! 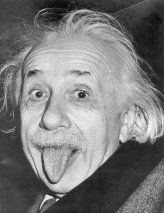 I do a fun exercise in my leadership classes called “Stupid or Brilliant.” I go through a number of scenarios and specify an action that, on the surface, appears to be stupid. In each case, the loss of control would appear to be devastating from a risk point of view. I ask the participants to vote if the action was stupid or brilliant.

There are some examples where there is a documented correct answer, but most of the questions can lead to lively debate. Here is an example of a question with a real answer.

A doughnut street vendor at the base of a skyscraper in New York City noticed that the line was too long while people waited for him to make change. He was losing customers. He put out a box with change and small bills and a sign that read “In a hurry? Make your own change: I trust you!” At first glance, putting money out in trust in NYC would be stupid. People could just take the cash and go. Instead, the vendor found the strategy to be brilliant for three reasons:

1. The throughput of his vending operation increased by 50% because the line moved faster.

2. People started talking about his trust throughout the building, and they came out to buy from this honest vendor.

3. Many people would not even take the change. If their total came to $3.75, they would just put in a five dollar bill and walk away.

Other strategies for trusting people leave room for analysis. For example:

One consultant decided to charge only what the customer felt was appropriate after his work was done. He would leave the fee totally at the discretion of the people he was helping. This tactic defies negotiation logic because it ignores what is called the “call girl” principle of negotiation (the value of the service is greatly reduced after the service is rendered). Yet, this consultant generally did very well and often took away larger fees than he would have if he had negotiated a firm price before doing the work.

One organization was forced by market conditions to do some downsizing. They decided to allow the people being let go to continue to use their old office, computers, and cell phones for several months if they wanted while they looked for work elsewhere. Of course, there were a few stated rules about not being disruptive and honoring professional behaviors while on the premises, but other than that, the severed employees were treated the same as the ones retained. There was a risk, but the company found that in all but a few rare exceptions, the benefits far outweighed the risks.

You can carry blind trust to an extreme where a strategy is truly stupid. One example I give in my classes is this: The owner of a bar does not charge patrons per drink but asks each customer to keep track of what was consumed and pay at the end of the night. Obviously, most people vote for this as a “stupid” strategy. On the other hand, it would make an interesting experiment, because it may be possible that customers would pay more than required on average rather than pay less.

The point is that when we really do trust people to do the right thing, they often respond in ways that defy conventional wisdom. That logic is generally derived from a social norm based on a controlling philosophy. When given the chance, most people react with integrity and gratitude when we extend trust to them.

I have developed what I call the “First Law of Trust.” It is: “If you are unhappy with the level of trust others have toward you, the first corrective action is to find ways to extend trust more to them.” Trust is reciprocal in nature, so the best way to receive more trust is to give more. Try this technique with the people in your life, and you will see a dramatic increase in trust. Often what seems like an unwise risk to take will turn out to be rewarded by far greater loyalty than you can imagine.