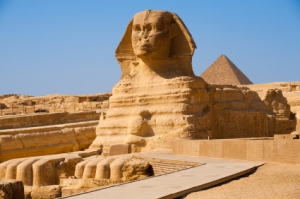 The remarkable sequence of events in the second week of November 2011 will undoubtedly be a preface to a long string of litigation and embarrassment for the Penn State community. In particular, the actions of Joe Paterno leading up to his being dismissed Wednesday by the Board of Trustees made it evident that he had just returned from Egypt where he spent a lot of time in “de-Nile.”

This article may sound like kicking a man when he is down. I have no anger toward the man, and from a legal perspective, have no comment on whether he is guilty of any crime. At this point people should presume he is innocent, although his ouster from the Penn State Athletic Program was made unavoidable by his words and actions.

Personally, I feel sorry for Joe and especially for his family. Here is a man who has given so much to so many for so long that we ought to be willing to cut him some slack. Unfortunately, at this time, I believe the damage he did by his own words this week, regardless of his legal status, is far more deep and lasting than meets the eye. I believe Joe is only starting to recognize the consequences of his statements.

Two statements made by Joe were particularly troubling, in my opinion.

1. Joe said, “If this is true, I am shocked,” but he already knew it was true because he had notified his superiors back in 2002. That is an indisputable fact. I think the shock Joe was referring to was that the whole thing was being made public, not that an assistant was alleged to have acted inappropriately with defenseless children.

2. When he said, on Tuesday, “The Board of Trustees should not waste one minute of time discussing what should happen to me, they have much more important things to discuss,” he revealed a personal denial or lack of appreciation for his own accountability in the matter. He wanted the Board to look elsewhere to find the people responsible. Even when it was revealed he did not follow up on the matter beyond notifying his boss, he did not seem to realize what his part in the scandal cost his own legacy and that of Penn State. His statement, “I wish I had done more,” was the admission of at least some culpability, but then he went on preparing for the Nebraska Game indicating he would retire at the end of this season, as if the whole issue could be compartmentalized like the stain on Monica Lewinski’s blue dress. Utterly amazing.

His unwillingness to accept personal accountability showed a poor example, not only for current athletes, but for the legion of people who have worshiped him over many decades. Each one of those people have to go back and sort out the life lessons they learned from Joe and his philosophy in a very different light now. This will take decades to sort out, and Joe himself will be long gone. The damage done to those he touched is incalculable, but not quite as bad as the damage allegedly done by his assistant to defenseless little boys. Unfortunately, that will be Joe’s true legacy. Yes, I do pity the man and his family.

There are few role models for trust and honor as recognizable as Joe Paterno. This fiasco underscores that the truth ultimately surfaces and that the need for trust and integrity in relationships is vital. We who are witnessing this tragedy need to deepen our resolve that trust is still the objective, even if a major proponent of it has fallen on his own sword.

I am not attempting to put Joe on trial in the media here. I believe the civil and legal cases will stretch on for many years, most likely past Joe’s death. Culpability for actions will be determined over time, and at great expense, by the legal system, not me. I am simply reflecting on two statements he made this past week that reveal an inconsistency between his words and reality that have left me saddened and astonished.