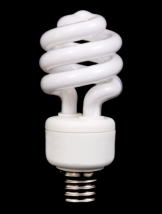 I read a quotation in a student paper a while ago that was interesting, “Demanding creativity is like yanking on a seed to pull out the flower” (by the famous author “unknown”). The optics in this quote really work for me. I have been referred to as a creative person at times, and I even won an award for it once, yet if you stand over me with a scowl on your face, my creativity will dry up faster than a drop of water in a red hot frying pan. Most people have a creative side that can be brought out if properly nurtured.

The benefits of creativity and innovation are well documented. Unfortunately, while all leaders yearn for higher creativity, their behaviors often squash it. This analysis provides some pathways to encourage more creativity that are simple and powerful. Here is a list of seven ways this can be accomplished:

1. Let people play – Natural creativity is closely linked to the concept of play. Just observe children who are about 3 years old, and you will see some of the most creative people on the planet. Reason: The world has not yet taught them that certain things are impossible. They see clearly with their imagination.

2. Give them the tools – We typically use “Brainstorming” to get creative at work, yet the technique has been so watered down over the decades since it was invented, it has lost most of its potency. Put Brainstorming on steroids using Morphological Analysis, which is a technique where you put dissimilar concepts on two axes and then brainstorm ideas at the intersections of the resulting matrix. This forces the mind to conjure up connections that we habitually ignore.

3. Do not legislate – You cannot force creativity. By trying to nag people into getting creative, you can actually reduce the chances for novel ideas. Most people are more creative at specific times of the day. Allow people to pick the times when they experiment with new ideas.

4. Create an environment of innovation – This is done by encouraging people to tinker and rewarding them when they come up with unusual approaches. If leaders in the organization overtly promote creative behavior, then it will spread.

5. Measure it – The old adage of “what gets measured gets done” is true for innovation. The measure can take the form of documented new procedures, patents, new product announcements, and many other forms. I once knew a manager who found a creative way to measure creativity. He placed a cork bulletin board in the hall with a fence around it. The sign on the board read “Sacred Cow Pasture.” Then there was an envelope full of silhouette cows made of different colored construction paper. Workers were encouraged to uncover a sacred cow, write it on the cut out and pin it in the pasture. The management team would then set about eliminating the sacred cow.

6. Reward good tries – Not all ideas are a smashing success from the start. Leaders need to encourage people to try, even if there are failures along the way. The failures are really successes, because they uncover other ways it will not work. This points the direction to what eventually does work. Thomas Edison had to find nearly 10,000 things that did not work before he figured out how to make the incandescent lamp a reality. That kind of deep curiosity and dogged determination needs to be rewarded. Impatience and a short term mindset are the enemies of innovation.

7. Brag about your innovative culture in public – When leaders point out the great creative work going on in all areas of the organization, not just in the lab, people tend to get more excited about it. This leads a dramatic increase in innovation similar to spontaneous combustion in a pile of tinder.

The secret to innovation and growth is to develop a culture where creativity is nurtured rather than forced. Follow the seven tips above, and soon your organization will be known as one of the most innovative ones around.

This entry was posted on Sunday, September 16th, 2012 at 8:00 am and is filed under Communications, Enabling Actions, leadership, Organization, Teamwork, Trust. You can follow any responses to this entry through the RSS 2.0 feed. You can leave a response, or trackback from your own site.

One Response to Creativity: 7 Pathways