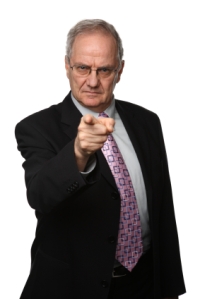 When I was a young boy of 13, I was involved in a case of sexual abuse with an older man. He was the principle of my Junior High School. I have never told anyone about this case, as I had blocked it out for over 50 years, but the recent events at Penn State and Syracuse University made me realize there is an important aspect to my story that could potentially be helpful to others.

It was the words my mother planted in my brain from as early as I can remember that saved me from a horrific and painful episode. If I was doing something wrong, she would simply say “That’s not right.” In retrospect, I see clearly how vital it is for parents to plant the seeds of morality into their children, because all through life they will go back to those roots when faced with challenges or moral dilemmas.

The principal was known by all of us kids to be a little “overly friendly.”  He would put his arm around any little kid he could reach.  He had a funny way of gyrating his lower body when he would address the student body during an assembly. There were stories about what he had done to boys when he got them alone, and while we did not doubt them, we just kind of took it as the way he operated. I am not sure what the teachers or other adults were saying or doing about his antics because I was just part of the mass of kids going through school.

One day, I was called into his private office. I honestly cannot remember what the problem was, although my guess would be making too much noise in class. I happened to be an expert at that, and I was frequently admonished to “stay put.”  History reveals that I went through school with dyslexia and ADHD. Ask people who know me now, and they will confirm I am not totally cured of either of these conditions, though age has slowed me down a bit.

There I was in the principal’s office, and he closed the door. I suppose he said something like, “Do you have any idea why you were sent to see me?”  To that I would have answered with some small talk while squirming and looking fondly toward the door. The next part I remember vividly, as it is seared into my brain.

He sat down in a chair with me facing him and grabbed on to both my wrists gently.  He said, “I know you are not a bad kid; sometimes you just get ants in your pants.”  He was looking directly at me, since with him seated and me standing our eyes were on the same level.  He said in a matter-of-fact way, “Take down your pants.”

A lot of things raced through my head at that moment, as you can imagine. First, I thought how stupid to be caught alone in a closed room with this man that we kids knew had issues. Second, I was totally embarrassed, of course, as he was asking me to reveal my private parts, and then one can only imagine what would follow. Third, he was the authority figure, and I was taught to respect authority. How could I get out of this dilemma? I only had a second to think of my response, and since he had my wrists, I could not make a run for it or slap him.

I looked him square in the eye and said the words my mother taught me. I simply said in a firm voice, “That’s not right!” The man was taken aback and started to mutter things about my classroom deportment. He let go of my wrists and told me to never reveal this to anyone. He told me to leave his office, which I gladly did.

You might ask why I did not immediately go to the authorities and tell them. One reason was that the principal was the highest authority in the area, but that is not the only reason.  When something like that happens, your first reaction is to get to safety. After that, there is a very strong desire to put the incident out of your mind. For a young boy to come forward and make an accusation realizing it would be his word against an authority figure, the stakes are just too high to risk reporting it. I suspect that is why many rape cases are not reported. For an adolescent, the embarrassment  of the whole incident, if made public, would be nearly as bad as the abuse. I actually did manage to repress it completely and never told anyone about it until now.

By this time, I suspect the man has been in his grave for many years, and I never wanted to get even with him or anything like that.  I just tried to block the incident from my mind, and I was successful until the shocking events of the past month. The reason for sharing this story is to invite parents to have a conversation with their kids about inappropriate behavior among some adults. The message should be, “If someone tells you to do something that is not the right thing, just say, ‘That’s not right,’ and refuse to do it.” It is vital to open up dialog and have level of trust to allow the child to feel comfortable sharing difficult things. It is equally important to instill the right values in children as they form the beacon that will be followed throughout life.

Saying “That’s not right” is not going to prevent all abuse cases, as some abusers will not back off for anything. In my case, If I had been cornered by this man in a hotel room, or less public area, refusing to go along might have caused him to become violent. I do believe, when a predator is brought up face to face with reality, in many cases, he will back off.  If we could save some children the pain and embarrassment of being physically abused by doing this, it would be a significant benefit.

This entry was posted on Sunday, December 4th, 2011 at 3:22 pm and is filed under Candor creates trust, Communications, Enabling Actions, HR, Mergers, Organization, Table stakes, Trust. You can follow any responses to this entry through the RSS 2.0 feed. You can leave a response, or trackback from your own site.

3 Responses to That’s Not Right