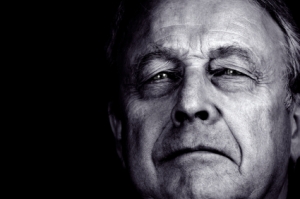 If you had to give one adjective to describe your boss, which one would you choose? Many people would select a positive adjective such as benevolent, caring, trustworthy, empathetic, passionate, or loyal. Others would choose a more neutral word like efficient, logical, helpful, kind, or fair. Still others (perhaps too many) would use an extremely negative word like demeaning, overbearing, spiteful, hypocritical, tyrant, or bully. In this article, I wanted to put the last two words under the microscope and examine what they mean and how leaders can take steps to avoid being viewed as either one of these adjectives.

In contrasting the two words, let’s first look to the dictionary. Here are the official brief definitions:
Tyrant – cruel or unjust ruler.
Bully – one who hurts or threatens weaker people.

The two concepts are not the same for sure, but they do overlap. It is easy to think of a leader who is a tyrant as someone who is also a bully. Can you imagine any tyrant who is not also a bully? I cannot. Likewise, a bully may or may not also be a tyrant. Most of us would agree that too much of a tendency in either of these directions will lead to low motivation or fear among the workforce.
The distinction in my mind is that a true tyrant needs to rule the roost, but a bully can be satisfied just pushing people around mentally or physically. The bully does not need absolute control to do his or her damage. In the everyday exchanges between people, the bully simply fails to take the feelings of others into account and insists on his or her way. The bully resembles a bulldozer and has a distorted mental image of what it is to be a leader. The bully feels superior to the “little people” and is convinced he or she is justified in pushing through the chosen decisions. Reason and analysis are generally not accepted by the bully.

If you have a boss who is either a tyrant or a bully, which one is easier to change? Changing the mindset of a tyrant is nearly impossible. It would take a life-changing event or some kind of miracle to reverse the aberration. Reason: the tyrant simply has no inclination to change and will not do so unless dethroned by edict or coup. The bully may be more curable by reasoning that often this person is operating at cross purposes to what he or she really wants to achieve (I will use the male pronoun for the remainder of this article to simplify the text).

In the workplace, the bully boss pushes people around as an expedient to get things accomplished without having to explain, rationalize, or debate. The bully also has a habit of blustering at people in order to get them to back off. Often, this pattern is a carryover from playground encounters as a child. The bully who has perfected his methods has an easier time in life at the expense of others. The impact of working for a bully boss usually leaves people in a state of very low motivation. This means that the more a boss bullies people, the less cooperation he will get, and eventually his goals will be compromised. If you can get a bully to recognize that he can get more of what he wants by taking a different approach, then you might have a more coachable person.

The most a bully can expect to get is tepid compliance, when to do well in this environment, any boss needs passionate enthusiasm. By training the bully to change his approach to people, we actually can educate him that there is a better way to get what he really wants in the long run. Sure, for the bully, being more participative may not be as much of a sport, but if it ultimately means more money in his pocket, there may be impetus to change.

If you work for a tyrant, chances are this person is also a bully. You can gain on the situation by helping the bully side become less dominant. That is real progress, and when the bully sees the positive changes in attitudes and improvements in productivity that accrue from reform, it may go a long way to softening the tyrant inside. It is a kind of momentum that can take over. When the bully really understands that a better existence is possible, changes in behavior follow easily. If you reinforce the new behaviors and ascribe them to the boss’ different habits, then he is likely to want more of the benefits, which will result in lower tendency to be a tyrant.

This entry was posted on Sunday, September 11th, 2011 at 8:01 am and is filed under Candor creates trust, Communications, Enabling Actions, HR, leadership, Trust, Trust and fear. You can follow any responses to this entry through the RSS 2.0 feed. You can leave a response, or trackback from your own site.

2 Responses to Tyrant or Bully?