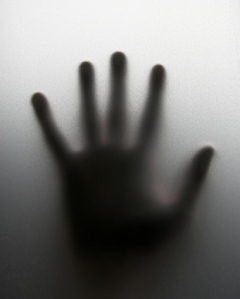 I was giving my talk on Trust and Transparency for a group recently, and the host had an interesting twist on transparency. He said that he knew certain members of management who were expert at being “opaque.” I really liked the use of the word opaque, which is the opposite of transparent. For this article, I wanted to explore the different forces operating on a manager which may lead to higher opacity and how being opaque destroys trust.

Fear that people will become enraged

If there is bad news in the offing, the managers might be concerned about letting the information out early because of fear of retribution or sabotage. If it becomes known that people will be losing jobs, then some people might (wrongly) feel there is not much to lose. Of course, there is a lot to lose any time we burn bridges with people: especially former employers.

My experience is that if people are treated with respect and dignity, even if the news is draconian, the vast majority of them will act like adults and actually be appreciative of the transparent information far in advance so preparations for a logical transition can be made. I have witnessed workers keeping a good attitude and being productive during a layoff process right up to the final hour at work and leaving with sadness coupled with dignity.

What really infuriates workers is to find out about a discontinuity on the day of the announcement, when they realize it has been in the planning stages for months. In that case, you might expect someone to throw a monkey wrench in the gears on his way out the door.

Using lack of perfect plans as an excuse

Managers often do not want to divulge information because the plans are not 100% set in stone. They reason that some information will lead to questions that cannot be answered, so they wait until all the details are known? One could always make that excuse, and yet people tolerate lack of specific details better than being kept in the dark wondering about the big picture.

Plans are always subject to revision, so it is far better to involve employees when the plans are not yet firm, because they would have the opportunity to help shape the future, even if only slightly. That involvement in the process normally leads to a higher level of acceptance in the end than if employees are kept in the dark then mouse-trapped with the bad news at the final moment.

Often in a transition, it becomes obvious that the people making the plans are the “haves” and the people impacted in the organization are the “have-nots.” Total transparency would mean that workers become painfully aware that they are being abused financially while the bosses are taking down huge stock options or other seemingly lavish benefits. Managers would rather not have everyone in the organization know their incentive packages or the size of their golden parachutes. It is just too embarrassing. While this reason to be opaque is actually reasonable, it does raise a huge caution flag. If management is hiding things they would be embarrassed about, isn’t there an ethical breach that needs to be addressed?

Another form of embarrassment that leads to opacity is that people may find out that the managers they work for are actually clueless. They do not know what they are doing, and are “winging it” on a daily basis. If everyone was aware of the stupidity of some corporate decisions, the managers might be subject to a lynch mob mentality among the troops. Since it is pretty difficult to “cure stupidity,” the only recourse is to figuratively hang the bastards out to dry once their lack of IQ or EQ becomes known.

Wanting to retain the best people

When there is bad news to share, it impacts everyone in the organization. The best people will have the greatest opportunity to pick up a job elsewhere for similar or even better pay and benefits. The dregs of the organization have less opportunity to go elsewhere, so if management lets out too much information too early, they are likely to end up keeping the people they want to lose and losing the people they wish to keep. Opacity seems like a strategy to forestall the exodus of needed top talent. Of course, this logic ignores the fact that the best people will be even more likely to leave once it is revealed they have been duped all along. Trust is built when information is shared freely and openly.

Some managers will keep mum on an upcoming reorganization to allow a kind of preparation phase where people are cross trained on other jobs ostensibly for the purpose of building bench strength. Workers see through this ploy rather quickly, so the opacity cover is blown, and it becomes a kind of game environment for several months. The antidote here is to be transparent about cross training and have a continual process to keep skills broad and well sharpened. With that strategy, the need to be opaque about why training is being done vanishes, and people appreciate the variety as well as the opportunity to learn additional skill sets.

The other side of the coin

I do not claim that it is always bad strategy to be opaque in the face of changes. Usually there are legal restrictions on what information can be shared. Managers can go to jail if they divulge information about an impending move that will have a material impact on stock valuation. Also, it may be a disaster to have suppliers or the competition find out about a future move. Managers need to use good judgment as to when and how to divulge information. They also need to be aware that the rumor mill picks up on minute radar signals throughout the organization. It is not possible to truly hide the fact that “something is going on.”

When people are intentionally kept in the dark, they tend to make up stories of what is going on to fill the vacuum. The rumors are normally far worse than the action contemplated, so the beleaguered managers must do damage control on things that are not going to happen while trying to tiptoe around the truth. Trust is lost in such times because people feel managers are “playing games” with them.

My point is that it is far too easy to fall victim to some of the excuses or subterfuges mentioned above. It is usually wise to put a skeptical stance on any gag rule. Reason: Eventually the truth will come out, so any perceived advantage of not telling people is eventually lost along with the long-term damage to trust that comes with being opaque.

This entry was posted on Sunday, July 24th, 2011 at 7:57 am and is filed under Candor creates trust, Communications, Enabling Actions, HR, leadership, Mergers, Table stakes, Transparency, Trust, Trust and breach of trust, Trust and respect. You can follow any responses to this entry through the RSS 2.0 feed. You can leave a response, or trackback from your own site.