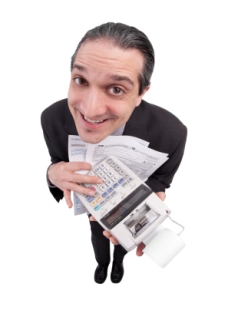 This is the sixth in a series of articles on the trials and tribulations of mergers and acquisitions. This episode concerns who takes the leading roles in the process and how that choice impacts the entire process. It is obvious that the people leading a business deal will color or slant the discussions toward their personal area of expertise. Since mergers and acquisitions involve serious reconfiguration of the financial structure of the organization, the financial side of the house normally takes the lead role. Any kind of restructuring activity is going to have implications that directly impact all financial reports, which alter how the entity is viewed by the investment community.

Letting the financial aspects of a restructuring be paramount is only natural, but it has the effect of subrogating the impact of the action on people from the very start. In most cases, people are visualized as falling in line with the plan once the financial details have been struck. This attitude allows the bean counters to conjure up options that have maximum value in terms of the balance sheet and income statements, but their points of view are in a vacuum in terms of how people will respond.

Top managers act as if they are in a bubble of secret and titillating information about the possibilities of the proposed action. Early conversations are kept strictly inside the secret bubble. The human impact and ideas from the impacted people are not front and center at this point. The bubbleheads do fully intend to cover all personnel (some call it HR) issues later and “roll out” a communication plan to explain the process and benefits. The problem is that later is often far too late to be perceived as anything but a “lay on” by the people in the organization.

The well known Pareto Principle states that for any set of items, 20% of the items contain 80% of the value. I think this principle holds in early merger talks because the human aspects of the proposed action get less than 20% of the attention early on, but they really contain 80% of the value to the organization long term. Unfortunately by giving short shrift to the human aspects of a merger, a great opportunity to build stake and understanding is squandered.

There is a simple antidote to this problem. It is to create a nucleus of individuals with equal power to impact the decisions up front. This group would be represented by people centered individuals (HR or Operations Management), Financial Managers, Senior Officials, and Legal Counsel. This group would work on all aspects of a proposed action in a balanced approach that considers how and when to include the people in the process as a prime consideration. This policy would set up talks on future organizational changes for success. From first inkling of a merger, don’t let the bean counters and bubbleheads be the only parties at the table.

This entry was posted on Monday, October 18th, 2010 at 9:58 am and is filed under Communications, HR, leadership, Organization, Teamwork, Transparency, Trust, Trust and respect. You can follow any responses to this entry through the RSS 2.0 feed. You can leave a response, or trackback from your own site.

One Response to Merger Miseries 6 – Bean Counters and Bubbleheads