When Does Micromanagement Become Harassment 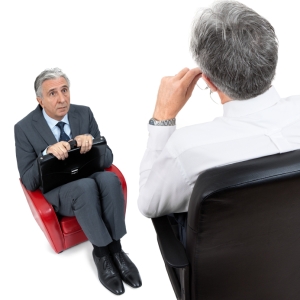 Two words that get used a lot these days are micromanagement and harassment. The two concepts come from different sources, but they converge in the extreme case.

This article dissects the two concepts and provides some guidance for managers who, despite their good intentions, often end up doing more harm than good.

Harassment is the abusive behavior toward another person that has its roots in a desire to annoy or hurt the other individual in some way. The practice is normally intentional, although it is possible for a person to harass other people without being aware it is happening.

Except in the rare extreme cases, the manifestation of harassment exists first in the opinion of the person who is being harassed. If I will not let you get to me no matter what you do, then you are not going to be successful at harassing me.

In fact, I may get a perverse pleasure out of thwarting your attempts to bother me: a kind of reverse harassment.

On the other hand, you may be such a sensitive individual that the mere thought of any person walking into the room sends you into a flight of panic: a kind of self harassment called paranoia.

We are all aware of the destructive nature of harassment that evokes anything from mild discomfort all the way to suicide. The distress is always amplified if the person being harassed believes he or she cannot escape and has to endure continual suffering.

Micromanagement doesn’t stem from sinister motives. To the contrary, it is normally the desire of a manager, or person in charge of getting things done, who wants things to go well but is horribly misguided in the best way to accomplish the task. It reminds me of my favorite Star Trek Quote when Mr. Spock says, “It is curious how often you humans manage to obtain that which you do not want.” (TOH Charlie Green).

The micromanager is not trying to annoy the victim (usually) but only trying to get things done according to his or her warped definition of how to accomplish the objective. In the process, of course, the victim has to endure the constant meddling that feels very much like harassment.

We are all aware of the antidote for micromanagement, which is for the manager to set the objective and some broad guidelines and then back off to let the individual figure out the details on how to get the job done.

Unfortunately, a little concept called “trust” is missing, so the manager does not believe the individual is capable of getting the job done without constant supervision. It is the lack of trust that is the root cause of most micromanagement.

We deal with the manifestations of micromanagement to some degree in most work settings. It is only the most extreme high trust environments where managers are willing to actually stand by and let subordinates do things wrong in order to learn what does not work.

They would rather intervene and at least suggest that holding the soldering iron by the pointed end might not be the best method. I use that extreme case because the motive of the manager in this case is to prevent the employee from doing bodily harm. What could be more noble than that?

Often what feels like micromanagement to the employee is done for the benefit of the employee.

The grey area between good intentions and oppressive hovering is playing out in the workplace every hour of every day. Managers find their own equilibrium, and employees either complain (or not) behind the break room doors.

The extreme case, where managers tell people how to do their work for the sport of always getting it done their way, crosses the line into harassment. Even if the conscious objective is to get the job done right, the spirit with which the manager directs every movement is debilitating.

To break the cycle of micromanagement and/or harassment, the manager needs to recognize that there is a better way to get results. If he or she continues to believe the muscle approach is the best way to get compliance, then grudging compliance is what will happen.

The problem is that in today’s competitive environment, mere compliance is a formula for extinction.

Once that point is made it is necessary to have the obstinate manager take a good long look in the mirror.

Numerous studies have shown that the benefit of an improved culture is higher engagement and productivity. As a consultant, I would ask the micromanager if he or she would enjoy seeing something like a 100% improvement in productivity.

It is quite possible, but only once the manager recognizes the real enemy of better performance is the one staring back in the mirror. If a leader does not desire a vast improvement in performance, then there is not likely to be a cure for the micromanagement.

The antidote for micromanagement is to create a culture of higher trust. In this environment, the manager would be less likely to be overly directive. Also, in a culture of high trust, if the manager is pushing too much the employee would feel encouraged to politely ask that person to give a little breathing room.

No harassing behavior is required on either side, and the job gets done efficiently and correctly. Everybody wins, and nobody gets hurt. It all depends on the level of trust the leader is capable of creating in the organization.

The word create is the key concept here, because trust does not happen unless leaders enable it with their behaviors (and even words).

This entry was posted on Saturday, March 8th, 2014 at 5:36 pm and is filed under Candor creates trust, Communications, Enabling Actions, leadership, Trust. You can follow any responses to this entry through the RSS 2.0 feed. You can leave a response, or trackback from your own site.

8 Responses to When Does Micromanagement Become Harassment