Recovering After a Mistake 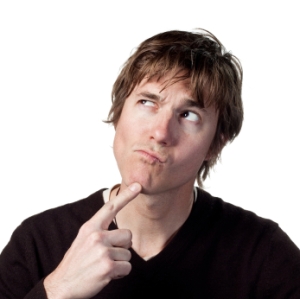 I have always been fascinated by mistakes. As human beings, we share several things in common; making mistakes is one of them. The vast majority of the time we blunder into mistakes innocently. Obviously, if we could see mistakes coming, we would take steps to avoid them. The mistake is usually like a mouse trap that is sprung on us while our focus was on something else.

The interesting thing is how we react after a mistake. It is here that I learned a great lesson in leadership and trust. The lesson came years ago when I was a young manager. I was in Japan negotiating a deal for some equipment. I had inadvertently left some material on a table while a group went out for lunch. Some of the material would have been damaging to our negotiating position if it were leaked to the other side. Upon returning from lunch, I realize that I had left things in a state where they could have been copied and later used against us. I did not know if anybody actually did copy some pages, but I felt horrible about my lapse.

Upon returning to the home office in the US, I immediately reported to my boss’s office and said, “Dick, you would never know this if I didn’t tell you, but I made a mistake when I was in Japan this week.” He looked up at me with a smirk and said, “Whatd’ya do?” I explained my lapse in detail. He said, “You’re right, Bob. That’s not the smartest thing you ever did, but I am very grateful you told me.” From that moment on, I felt a much higher level of trust and respect for me in the eyes of my boss. I believe it gave my career a significant and lasting boost.

The key point in the above lesson was that he really would never have known anything about it if I had not admitted the gaff. It was the unprompted admission that spoke much louder than the sin. Since then I have studied the impact of admitting mistakes for leaders, and come away with some observations.

Let’s suppose that I have gathered several leaders into a room and asked them to answer the following question: “After you make a mistake, in terms of maximizing respect for you, is it better to admit it or try to finesse it?”

Most leaders would say admitting the mistake has a much greater probability of increasing respect. The irony is that when subsequently a mistake is made, most of these same leaders choose to hide it or blame someone else. The real conundrum is that if you were to tap the leader on the shoulder at that time, you would hear “I did not want to admit my mistake because I was afraid people would lose respect for me.”

This situation illustrates that intellectually, most leaders know how to improve respect and trust after a mistake, but many of them tend to not act that way when there is an opportunity to apply it in the field. It seems illogical. Perhaps in the heat of the moment, leaders lose their perspective to the degree that they will knowingly do things that take them in the opposite direction from where they want to go. I believe it is because they are ashamed of making a mistake.

Respect is not always increased if a mistake is admitted. For example, here are three circumstances where admitting a mistake would reduce respect and trust:

If you find yourself making these kinds of mistakes, it would be wise to reconsider if you are right for a leadership position at all. The vast majority or mistakes are honest lapses where something unexpected happened. For these so-called “honest” mistakes, it is far better to admit them and ask for forgiveness than to try to finesse the situation or blame others or circumstances. It is a tangible demonstration of your integrity, and that improves trust.

This entry was posted on Sunday, December 19th, 2010 at 6:46 pm and is filed under Candor creates trust, Communications, Enabling Actions, leadership, Trust, Trust and respect. You can follow any responses to this entry through the RSS 2.0 feed. You can leave a response, or trackback from your own site.