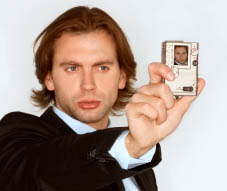 In any merger or acquisition, the characteristics of the top leaders in both organizations heavily impact the resulting merged culture. The sad truth is that in many mergers, one or both of the top players are narcissists. What it means is that the entire process from twinkle-in-the-eye to a fully integrated steady state environment will require people to “work around” the problems created at the top.

Narcissism is the personality trait of egotism, vanity, conceit, or simple selfishness. Applied to a social group, it is sometimes used to denote elitism or an indifference to the plight of others. The name “narcissism” was coined by Freud after Narcissus, who in Greek Mythology was a pathologically self-absorbed young man who fell in love with his own reflection in a pool (Wikipedia). Narcissists have a distorted view of the world around them and see themselves as the center of the universe.

Merging organizations requires a tremendous amount of common sense and sensitivity to allow the feelings and needs of both former separate groups to see themselves operating effectively as a single unit. If one or both of the top leaders have narcissistic tendencies, common sense and sensitivity are not in the lexicon. The boss acts like a steamroller to flatten the ideas or creative suggestions of the impacted groups. The way is clear, and woe be to anybody who cannot catch the vision of the top gun. In any merger, we have two top leaders, and the dynamics of their relationship impacts the entire culture whether they are narcissists or not.

Of course, narcissism is a matter of degree. Some people have only slightly enlarged egos, while others have a major case of it. I know one individual who is an extreme narcissist. He recognizes these traits in himself, but he sees no impetus to change. Why should he? He is rich and has the life style he wants. Life is good for him, and his brash bullying behavior is part of what got him to his pinnacle of perfection. He can spend $2500 on a suit and not worry about it. He is sure that everyone is interested in his whereabouts at any moment in time. He can command a press conference any time he wants it. He is aware that he rubs people the wrong way, but it does not matter in the least to him. So why change?

One reason to change is that he is about to merge with another organization that may be run by an equally dysfunctional individual. In this case, it is best to issue everyone in both organizations flak jackets and give everyone lessons in how to write a good resume. They are going to need it soon. The progression is inevitable: it leads to mutually assured destruction.

Each “camp” will talk a good game of integration, but the battle will rage in the offices and hallways of both organizations until one leader emerges victorious and the vanquished individual slinks off to lick wounds and plot a comeback in a different fiefdom. If one narcissist and one more rational manager are paired up, then the dynamic is different. Still there will be a war, and the victor might be either individual depending on the circumstances and the strength and skill of each person. Whichever individual wins the most power will prevail, and the merger will be more of an acquisition where the victors devour the spoils of battle until there is little left of the losing culture.

If all this sounds depressing, it is. Unfortunately there is no good antidote to this condition unless and until the narcissists are made aware that they are operating at cross purposes to their long term best interest and the interest of the organization. This awakening is often the result of a total failure of the merger coupled with the ouster of the offending leader or leaders. Of course by that time, colossal damage to the business has occurred, and all that can be done is some kind of salvage operation to disposition the remains.

A different, but risky, outcome is for people in the organization to see the warning signs and conduct a kind of coup. Granted, this is rarely done, but I have seen it happen where a top manager was being a total bully until one brave individual closed the office door, pointed a finger at his nose and said, “Just who do you think you are? You have no right to talk to people like that. The only difference between you and God is that God does not think He is you.” That was a significant emotional event for the leader, and it actually worked to wake up the man. After that, he was much less of a bully.

The individual calling out the narcissist boss in the above example took a huge risk. In many cases, candor like that would be immediately followed by a pink slip. Before taking such a risk, one would have to be convinced there is no other way out and have alternate plans in place in case the input is rejected along with the individual. A less dramatic idea is to suggest some form of group learning, such as a lunch hour book review process, or diagonal-slice improvement team. Get the boss to not only allow such growth but be first to suggest a book to review. Reason: if the boss has first dibs at a book, it will be one of his or her favorites. This will have the boss ease into a mode of group growth with some degree of safety.

Another idea associated with weekly growth meetings is to have a “buddy” system where individuals pair up for feedback on the material read for that week. The idea is to have a “safe” environment for both individuals. The pledge ahead of time is that coaching coming from a buddy, regardless of the hierarchy position, will cause no retaliation. Once the boss has taken the pledge publicly, it is harder to decapitate the buddy for being candid.

A third idea is to bring in some help to teach the leadership team how to go about building trust during the merger. It is important to not single out one or two offending managers who need remedial centering. The entire team needs to consider behavioral changes that will lead to greater levels of trust in all layers. A skilled facilitator can help the group move to a different place, and that may include the ability to be more candid with the narcissist in safety. The reason an outsider works is because the individuals responsible for carrying out the merger are the ones responsible for the low trust situation. An outsider can be more objective and bring in Organization Development tools that can soften the silo walls and help people see themselves more accurately.

It is fascinating to watch the dynamics of mergers and how they unfold over time. If you are inside the merged organization, it can be frightening. The real scare for the organization is that while these power games are being played, the customer focus and other competitive advantages are being compromised daily, which may prove fatal to the business. The best advice is to assess the power situation at the top before the merger and create some kind of support system so the leaders really want to work in a cooperative spirit. If they model integration and self sacrifice from the first day, it is possible for people within both groups to pick up the integrated vision.

This entry was posted on Sunday, November 28th, 2010 at 9:51 am and is filed under Candor creates trust, Communications, Enabling Actions, leadership, Organization, Teamwork, Transparency, Trust, Trust and fear, Trust and motivation. You can follow any responses to this entry through the RSS 2.0 feed. You can leave a response, or trackback from your own site.