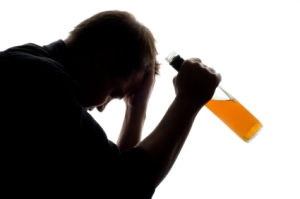 In any organization, there are situations where supervisors accommodate problem employees rather than confront them. Ignoring wrong actions models a laissez faire attitude on problem solving and enforcing rules. It also enables the perpetrator to continue the wrong behavior. In a typical scenario, the problem festers under the surface for months, even years. Ultimately escalation of the issue reaches a tipping point when something simply must be done. By this time, the problems are so horrendous they are many times more difficult to tackle.

A common example is when workers stretch break times from the standard 20 minutes to more than 30 minutes actually sitting in the break room. The total duration is more like 45 minutes from the time work stops until it resumes. The supervisor does not want to appear to be a “by the book” manager, so the problem is ignored every day. When things get too far out of control, the unfortunate supervisor is forced to play the bad guy, and everyone suffers a major loss in morale.

I once worked in a unit where one person suffered from acute alcoholism. His abusive behavior was enabled because his supervisor did not dare confront him. Finally the situation became intolerable. When they called him in to confront the facts, he had been out of control for 15 years. His reaction to the manager was, “What took you guys so long?” Following months of treatment, he became sober and was able to go on with his life as a positive contributor. Unfortunately, he was old enough by that time to retire; the organization had acted too late to gain much benefit from his recovery. The problem was clear, yet for years nothing was done.

In every organization, there are situations like this (not just health issues – tardiness, too many smoke breaks, or abusing the internet are typical examples). Leaders often ignore the problem, hoping it will go away. The advice here is to remember the comment made by my friend, “What took you guys so long?” and intervene when the problems are less acute and the damage is minor. In his case, that would have been a blessing; the man died a few months after retiring.

Taking strong action requires courage that many leaders simply do not have. They rationalize the situation with logic like:

• Maybe the problem will correct itself if I just leave it alone.
• Perhaps I will be moved sometime soon, and the next person can deal with this.
• Confronting the issue would be so traumatic that it would do more harm than good.
• We have already found viable workaround measures, so why rock the boat now?
• We have bigger problems than this. Exposing this situation would be a distraction from our critical work.

The real dilemma is knowing the exact moment to intervene and how to do it in a way that preserves trust with the individual and the group. Once you let someone get away with a violation, it becomes harder to enforce a rule the next time. The art of supervision is knowing how to make judgments that people interpret as fair, equitable, and sensitive. The best time to intervene is when the issue first arises. As a supervisor, you need to make the rules known and follow them yourself with few and only well-justified exceptions. It is not possible to treat everyone always the same, but you must enforce the rules consistently in a way that people recognize is both appropriate and disciplined.

Be alert for the following symptoms in your area of control. If you observe these, chances are you are enabling problem employees.

These are just a few signals that someone is being enabled and that you need to step up to the responsibility of being the enforcer.

Sometimes supervisors inherit an undisciplined situation from a previous weak leader. It can be a challenge to get people to follow rules they have habitually ignored. One idea is to get the group together and review company policy or simply ask what the rules are in this organization. Often people do not know the policies, or pretend they do not know, because the application of rules has been eclectic. This void gives you a perfect opportunity to restate or recast the rules to start fresh. It can be done as a group exercise to improve buy-in. When people have a hand in creating the rules, they tend to remember and follow them better. If you are not a new leader but are in a situation where abuse has crept in, using this technique and taking responsible action can help you regain control and credibility.

The reward for making the tough calls is that people throughout the organization will respect you. Problems will be handled early when they are easier to correct. The downside of procrastinating on enforcement is that you appear weak, and people will continually push the boundaries.

This entry was posted on Sunday, November 7th, 2010 at 9:33 am and is filed under Candor creates trust, Communications, Enabling Actions, leadership, Organization, Transparency, Trust and breach of trust, Uncategorized. You can follow any responses to this entry through the RSS 2.0 feed. You can leave a response, or trackback from your own site.